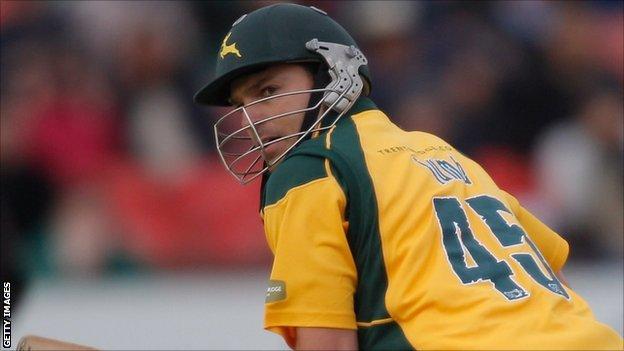 Nottinghamshire cruised to their second T20 win of the season with a seven-wicket win over Durham.

And despite Lumb's departure for 46, captain Adam Voges (21no) and Samit Patel (9no) saw the visitors home with almost four overs to spare.

A year ago Durham made 187 here as they crushed Notts by 33 runs and made them look ordinary. It was their highest score against them. Now 12 months on they posted their lowest score and it was grim.

It's nigh on impossible to defend 114 and thoughts about this being a difficult wicket were put to bed in no time by Notts openers Alex Hales and Michael Lumb, who made it all look so easy.