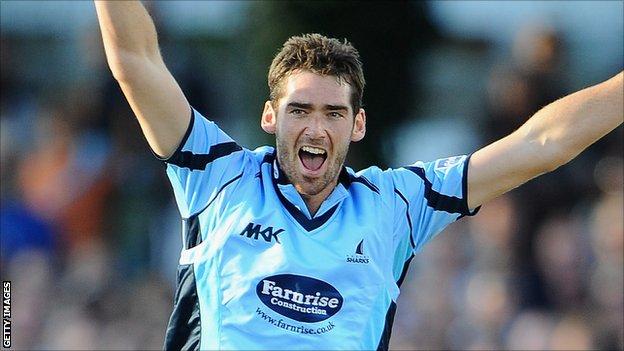 Chris Liddle took five wickets for Sussex, who beat Middlesex by 11 runs to pick up their first FL t20 win.

Batting first, Sussex toiled until experienced duo Murray Goodwin (43) and Scott Styris (48) put on 56 from 40 balls for the fifth wicket.

Dexter, John Simpson and Chris Rogers were dismissed in the space of four balls in the penultimate over, as Liddle added to the earlier scalps of Joe Denly and Berg to claim career-best figures.

Middlesex have now lost both of their matches in the FL t20 competition, having been beaten in on Thursday.

Sussex had been due to face and earlier this week, but both games fell victim to the weather.