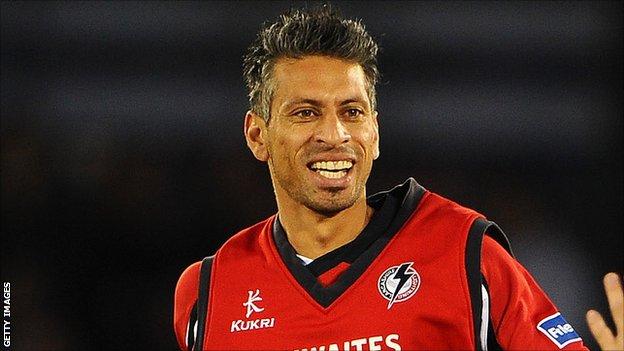 Lancashire's Sajid Mahmood has been penalised for using "obscene, offensive or insulting language"

Former England Test bowler Mahmood, 30, has been given three penalty points after being reported by umpires Peter Willey and Steve O'Shaughnessy.

He now has six points on his record and could face a ban if he accumulates nine within a two-year period.

Lancashire have won one and lost one of their two FL t20 group matches so far.

Mahmood took 1-42 from 2.3 overs in the rain-affected loss to Derbyshire on Thursday and did not feature in Friday's victory over reigning champions Leicestershire at Grace Road.