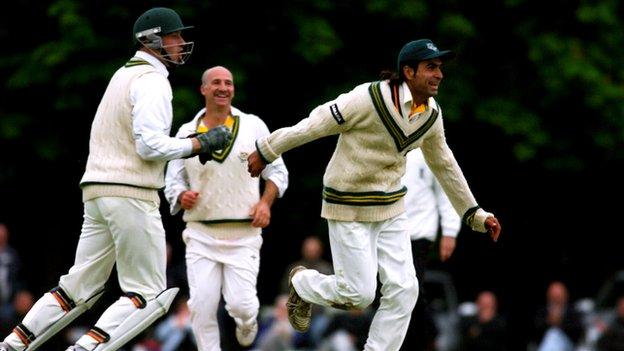 Staffordshire will play Wiltshire in the semi-finals of the MCCA Trophy after booking their place in the last four with Sunday's seven-wicket quarter-final win over Suffolk.

Peter Wilshaw then hit an unbeaten 45 as Staffs got home with more than 20 overs to spare on 122-3.

Staffordshire's meeting with Wiltshire will take place at Leek on 1 July.

The fixture will be a repeat of Staffordshire's last triumph in the competition - their 69-run win in the final at Lord's in August 1993.

Wiltshire, who reached the last four with Sunday's five-wicket win against Devon, have never won the competition in its 29-year history.

The other semi-final will be at Dean Park, Bournemouth, between 1988 winners Dorset and Cumberland, victors in 1989.