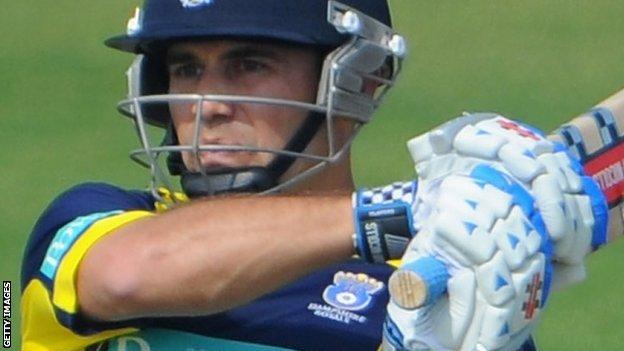 The hosts were restricted to 141-6 from their allocated 20 overs as Liam Plunkett, Scott Borthwick and Mitchell Claydon all took two wickets apiece.

Usman Khawaja (36) was the only Derbyshire batsman to pass 30 runs.

Myburgh scored a quick 46, Gibbs added 38 and Gordon Muchall hit an unbeaten 21 as Durham reached their winning target with seven deliveries to spare.

Gibbs had only made eight runs in Durham's first two FL t20 games of the season and Derbyshire were left to rue a missed stumping when the South African was only on 13.

Myburgh, who was praised by head coach Geoff Cook earlier this week, scored more than 40 for the second time in four days after scoring 45 against Nottinghamshire on Sunday.