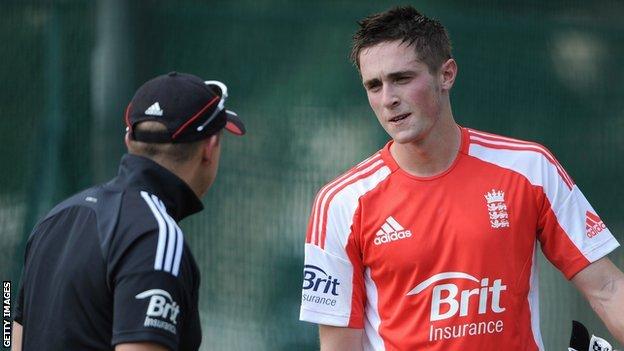 The hosts clinched the series 2-0 with a match to spare on Tuesday.

Seamers Chris Woakes and Stuart Meaker, and spinner James Tredwell have been added to the squad for Headingley.

Dernbach, who has not yet featured in the series, was given compassionate leave for the game at The Oval, for which Woakes had joined the squad as cover.

National selector Geoff Miller said: "The fact that we have already won the series means we are able to take the opportunity to rest players for next week's series against Australia and take a closer look at players who are likely to feature in our limited-overs planning going forward."

Kent off-spinner Tredwell, his international chances limited by Swann's form and fitness, has not featured for the national side since the World Cup in March 2011, although he was a non-playing squad member on the tour of Sri Lanka earlier this year.

Seamers Broad and Bresnan and off-spinner Swann will return to the squad for Sunday's one-off Twenty20 international against the Windies, where Broad will resume his role as England's Twenty20 captain.

England's "rotation" policy has been a thorny issue in recent weeks, after batsman Kevin Pietersen retired from one-day internationals, before Broad and new-ball partner James Anderson were rested from the final Test at Edgbaston, with the series already secured.

After the latest squad announcement, BBC cricket correspondent Jonathan Agnew tweeted: "At risk of repeating myself, who will buy advance tickets for final Test/ODI of a series when there is a good chance you won't see 1st team."

Broad replied on Twitter: "Would you prefer players careers to finish early through injury by playing every game put in the schedule by people in suits?"

Former West Indies captain Viv Richards told BBC Radio 5 live: "You've got to take into consideration getting much stiffer competition when you play against South Africa so why not gives the guys a little rest because it's well deserved?"