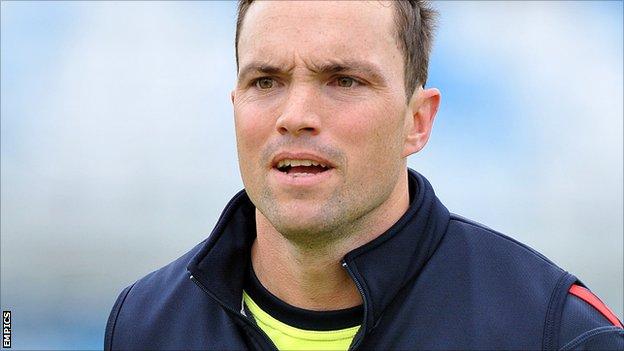 Stephen Moore has said Lancashire produced a "world-class" batting display to at Old Trafford on Wednesday.

The opener scored 54 from 32 balls as the hosts raced to an eight-wicket win, chasing down their victory target of 180 with six balls to spare.

Moore told BBC Radio Lancashire: "It was daunting. It was a big chase.

"The way the guys played, they didn't make it look as tough as it actually was. It was a world-class effort."

The 31-year-old continued: "You're going at nine (runs per over) from ball one. If you have one bad over, suddenly you look at the scoreboard and you need 10 (runs per over).

"We were lucky enough to get off to a decent start and Steven Croft (41 not out) and Karl Brown (39 not out) played brilliantly at the end in tough conditions."

Lancashire had already beaten reigning-champions Leicestershire by 11 runs at Grace Road on Friday, and they secured their second victory of the group stages on Wednesday, with Moore scoring his second half-century of the FL t20 competition this season.

"The one-day cricket is going alright for me and I can't complain at the moment," added the former Worcestershire batsman.