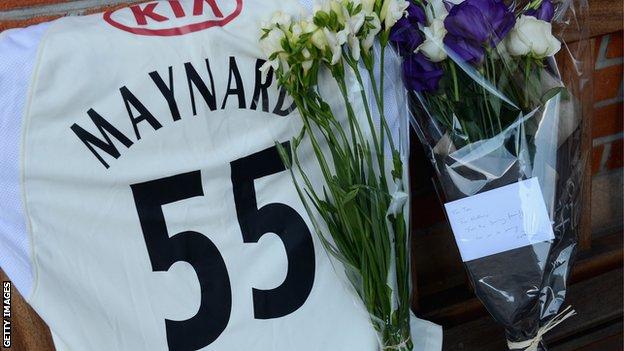 The Lions face Essex Eagles in the FL t20 on Friday evening.

He told BBC London 94.9: "It won't be easy for anybody involved but it's a step back into some form of routine.

"Playing cricket is what these lads do. A sense of normality in one of the most adverse and tragic situations is probably best for them."

Maynard, 23, died on Monday after being struck by a London Underground train at Wimbledon Park station, only hours after playing for the county in a Twenty20 match against Kent at Canterbury.

Surrey's home game against Hampshire on Wednesday was postponed as a mark of respect and has now been rescheduled for 2 July.

Adams said the past few days had been "awful and unimaginably difficult for everybody to deal with".

He continued: "The family's loss is so enormous and the game has lost a very talented cricketer who was about to go big places with his game.

"The world has lost a very special lad, a magic, magic person. He will be missed on every level."

"It never surprises me how tight the cricket community is," he said.

"The messages of support which have come from everywhere around the world for the family, the team, the club and his friends has been very special indeed.

"Now we will play with our own extra cause. That will be to make Tom very proud of us."