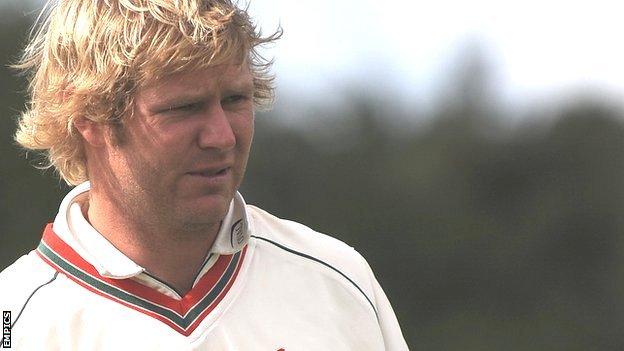 Leicestershire captain Matthew Hoggard was in a despondent mood after their miserable start to the season continued with a fourth consecutive FL t20 loss.

The reigning champions are as good as out of this season's competition after Wednesday's defeat against Lancashire.

And they are also bottom of their CB40 group and second bottom in Division Two of the County Championship table.

"There is only so much losing you can take without pulling your hair out," Hoggard told BBC Radio Leicester.

"When you are bottom of all three competitions and have just been beaten again when you thought you had a very realistic chance of winning a game, it's very hard to take."

The former England bowler said his side must look to restore pride in the four-day game.

"We have to regroup and basically start again in the season," he said.

"We still have half the games to play in the Championship. If we can get on a roll, there is nothing to say we cannot be right up there because the bad weather means there have been a lot of draws.

"If we can get on a roll we can salvage something from our season. The lads are obviously down but we are not out yet. We have to come back stronger."