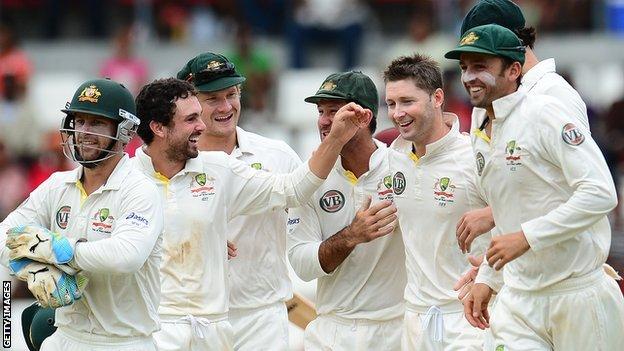 Australia's players have ended a dispute with Cricket Australia [CA] by signing a new five-year agreement.

But a memorandum of understanding has been signed by the Australian Cricketers' Association.

The row delayed CA's announcement of their centrally-contracted players, with Test opener Ed Cowan omitted from the 17-man list.

Cowan, who has played in Australia's last seven Tests, misses out alongside Twenty20 captain George Bailey.

The 17-man list, reduced from 25 last year, is also without one-day regulars Peter Forrest, Clint McKay and Dan Christian - while paceman Brett Lee and all-rounder Steve Smith, who are in the current one-day squad touring England, have lost their central deals from last year.

"Naming just 17 players initially, with the ability to upgrade others, as and when performance warrants, ensures a tighter alignment between current performance, recognition and reward," said chairman of selectors John Inverarity.

"The list of 17 players is brim-full of talent, raw enthusiasm and determination to enhance the performance and reputation of Australian cricket."