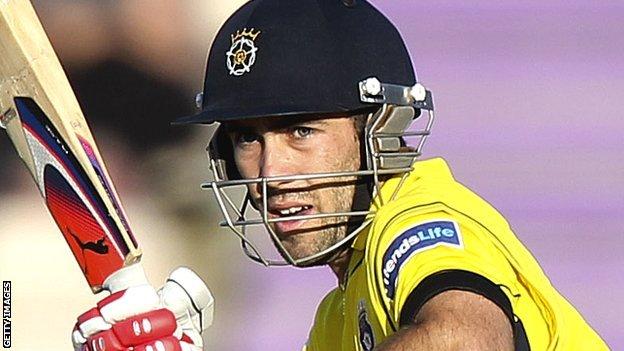 Australian Glenn Maxwell scored 66 off only 32 balls and took two wickets to guide Hampshire to a six-wicket victory over Kent.

The 23-year-old smashed six sixes and five fours, helped by 31 from Jimmy Adams, as Hampshire passed their target with 10 balls to spare on 138-4.

It was Hampshire's first win in four attempts in this season's FL t20 and made amends for to the same opposition.