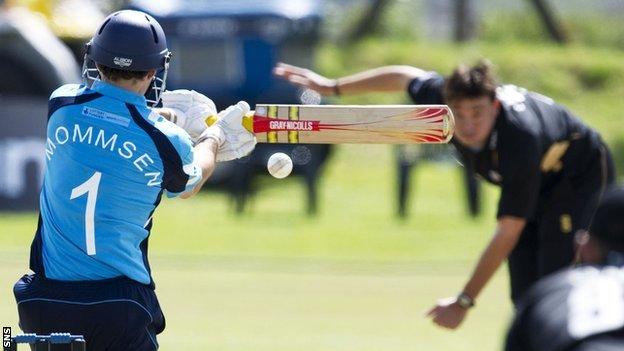 Scotland have named several English county players in their squads to face Canada in their Intercontinental Cup and World Cricket League matches.

MacLeod's team-mate, Kyle Coetzer, is only available for the league matches because of county commitments.

Captain Gordon Drummond said: "We have a decent record against Canada and are confident of coming out on top."

The Intercontinental Cup tie takes place at Uddingston from 4-7 July, while the two World Cricket League matches are at the Citylets Grange, Edinburgh, on 9 and 11 July.

"We are looking to continue where we left off in the UAE in the Intercontinental Cup where we had a comfortable victory," said Drummond.

"Another victory would push us close to the top of the table and give us a shout at reaching the final once again.

"In the World Cricket League, after a couple of disappointing results against the UAE, we will be looking to get back to winning ways with two matches against the same opposition.

"These are obviously massive matches if we are going to reach the 2015 World Cup."