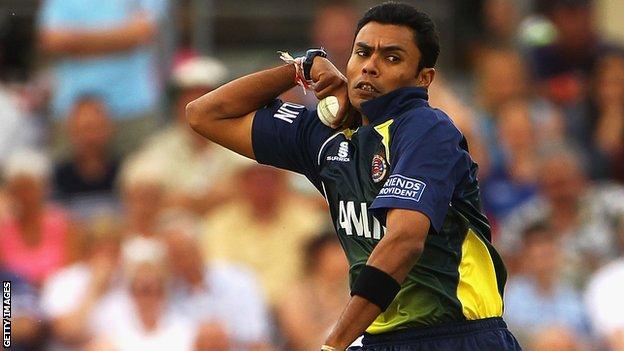 The Pakistan spinner was banned by the ECB after encouraging former Essex team-mate Mervyn Westfield to spot-fix.

Westfield, jailed for four months in February for deliberately bowling badly in a CB40 game against Durham in 2009, was given a five-year domestic ban.

The International Cricket Council said other cricket-playing countries "should recognise and respect the sanctions".

The instruction followed a board meeting in Kuala Lumpur featuring the chairman or president of all 10 full ICC members.

"The ICC board unanimously acknowledged and agreed that the ICC and every full, associate and affiliate member should recognise and respect the sanctions imposed by the ECB's disciplinary panel on those players, including by enforcing and giving effect to them within their own jurisdictions to the fullest extent permitted by law," a statement said.

During Westfield's trial, Judge Anthony Morris said the scam had been orchestrated by Kaneria, who spent six seasons at Essex from 2004.

But Kaneria, who played 61 Tests and 18 one-day internationals between 2000 and 2010, was never charged by the police on the grounds of insufficient evidence.

Both players were charged by the ECB in April for "alleged breaches of the ECB's anti-corruption directives".