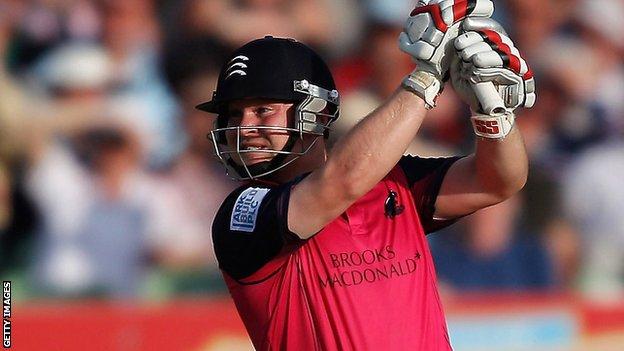 Middlesex batsman Paul Stirling still has plenty of room for improvement despite his strong performances so far in this year's FL t20 competition.

"I've got a long way to go and a lot of experience still to build. Hopefully I can get better and better."

The Ireland international added: "I was disappointed last year only averaging in the late teens.

"This year I've managed to turn it round, go on and make those big scores and contribute well with the team.

"But there's a lot to improve on, both bowling and fielding and maybe another twenty or thirty percent with the bat as well."

However, despite Stirling's efforts, Middlesex are struggling to progress to the quarter-finals of the tournament.

The Sabres currently lie bottom of the South Group, with two wins from their seven matches.

"It could easlily be five wins out of seven," Stirling continued.

"[We're missing] that killer instinct at the end or in the middle overs to get us across that line.

"We have to win our last three games games. We can't go in with any fear.

"Three wins might be enough. It's tough to say because everyone is beating each other. It's not looking too good right now."