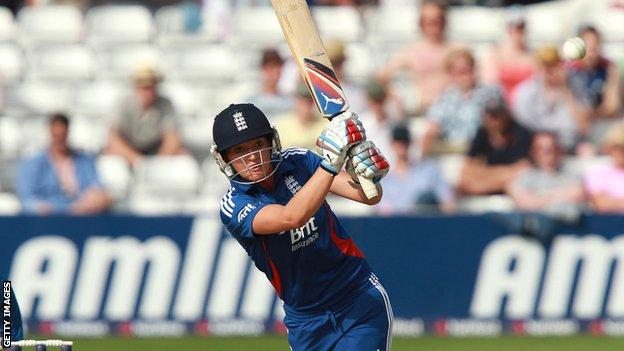 Sarah Taylor was the inspiration again with an unbeaten 67 from 48 balls as they exceeded India's 114 all out with 17 balls left.

Five run-outs hampered the progress of the tourists as they lost their final seven wickets for only 25 runs.

Harmanpreet Kaur was India's big scorer with 34 but she was bowled by Katherine Brunt (3-18) and the collapse began.

England were 32-2 after losing captain Charlotte Edwards and Laura Marsh, but Taylor stepped in and ran the show, following up from her 69 in the first win at Canterbury.

She made nine boundaries in an unbeaten 85-run stand with Lydia Greenway (30).

The victory was England's 13th T20 success in a row.