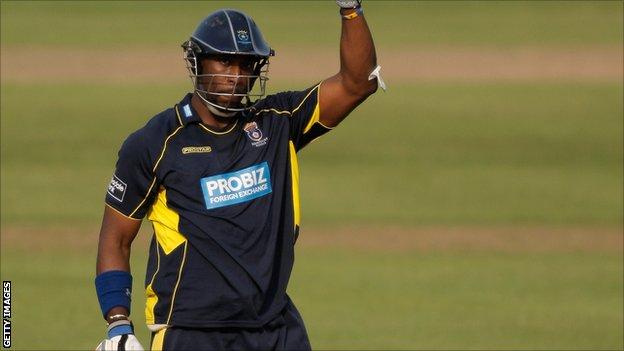 Hampshire's opening batsman Michael Carberry is set to be out for up to two months after suffering a knee injury in training on Wednesday.

Carberry, 31, who played one Test for England in 2010, will undergo surgery this weekend to remove torn cartilage.

He has scored two CB40 centuries for the county this season but his absence along with the uncertainty surrounding Shahid Afridi is a huge blow to Hants.

Afridi admitted to Pakistan media on Thursday he may now not play for Hants.