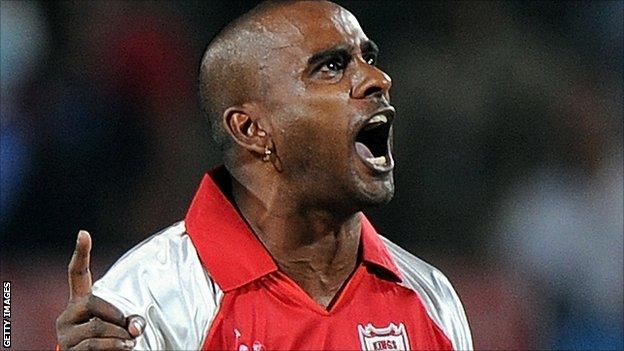 Hampshire cruised to a fourth straight victory in the FL t20, hammering a below-par Surrey by seven wickets.

Surrey collapsed to 9-4 after 15 balls of their innings, Liam Dawson (2-19) and Dimitri Mascarenhas (2-12) causing havoc at the top of the order.

Hampshire made light work of the run chase, reaching their victory target with more than four overs to spare.

Surrey were made to pay for their calamitous start, having won the toss and chosen to bat first.

Steven Davies was bowled by left-arm spinner Dawson in the first over and, after Murali Kartik and Jason Roy fell to Mascarenhas in the second, Rory Hamilton-Brown was run out after a mix-up with Gary Wilson.

Surrey pair Ansari and Batty put on an unbroken stand of 52 for the seventh wicket, but their efforts would prove to be in vain.

Hampshire's success closes the gap between themselves and group leaders Sussex to just three points.