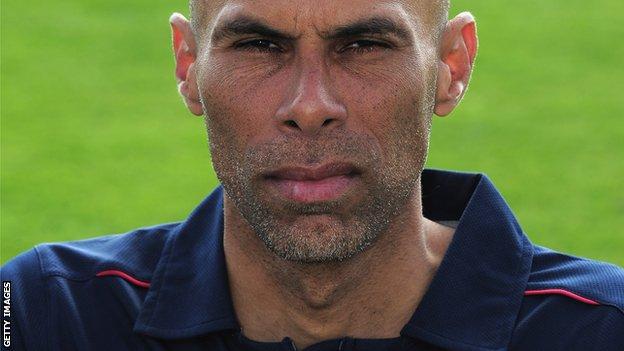 Kent head coach Jimmy Adams has called on fans to be patient for success and allow the club's youngsters to develop.

The Spitfires have lost their last three FL t20 matches, all but ruling out qualifying for the knockouts, but Adams was philosophical on the slump.

"There are a lot of young players still making their way in T20 cricket," he told BBC Radio Kent.

"It's a good opportunity to see where the bar is and let that dictate how they plan their future."

He added: "We have to be a bit patient with them. I certainly am prepared to be.

"As long as over a period of time we can continue to see some thought in long term, then fine."

Kent entered the FL t20 with just one defeat to their name all season, but have been soundly beaten in four of their last five games to leave them four points adrift of second place with three games to play.

In one day cricket in 2012, seasoned campaigners like Ben Harmison, Michael Powell and Charlie Shreck have all ceded to academy products like Sam Billings, Sam Northeast and Adam Ball.

But former West Indies captain Adams denied he was not taking the competition seriously by blooding such players.

"I'd rather these kids went through some of these experiences when they're young," he said.

"Some players naturally have a game that tends to a certain version.

"That's not to say a Mike Powell couldn't make a contribution, or a Ben Harmison, but the thinking is the players we have here are more suited in some cases.

"Somebody like Adam Ball deserves to be there. He's a quick learner.

"He's got wickets. There is a bit of naivety about his cricket but I expect that at his age.

"I'm prepared to support him and all of the youngsters," he concluded. "It's good to have that bumpy ride early in your career."