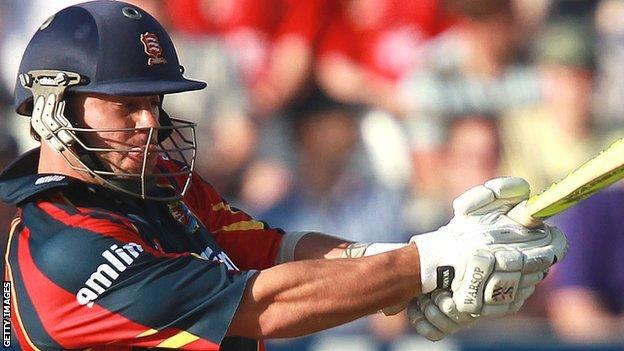 Middlesex were dismissed for 109 with only Joe Denly (53) and Gareth Berg (12) reaching double figures.

Pettini (50) looked to have set Essex easily on their way, but they slipped from 77-1 to 109-8 with Tom Smith and Ollie Wilkin both taking three wickets.

But the hosts survived and sealed victory with 14 balls to spare courtesy of Ollie Rayner's wide.

It was Pettini who led the way for Essex making 50 off off 40 balls, including four fours and three sixes

Debutant Wilkin (3-12) got rid of Owais Shah, Ryan ten Doeschate and James Foster in the space of 10 balls to give Middlesex some slim hope.

But Essex held their nerve and move three points behind second-placed Hampshire,