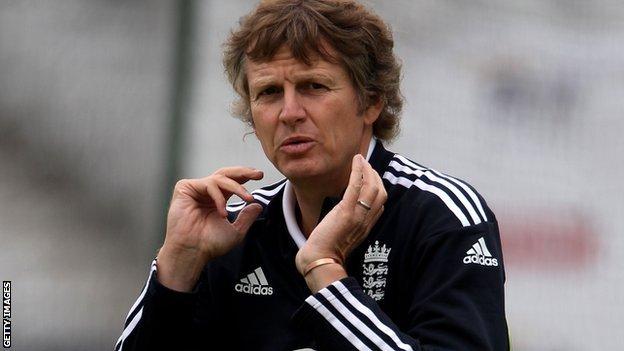 Peter Such has been named as the England and Wales Cricket Board's new national spin coach.

The former Essex and England off-spinner has been working with the ECB in a part-time consultancy role.

He will now take charge of spin coaching at the National Cricket Performance Centre at Loughborough.

Mushtaq Ahmed will continue to work with the senior national side, while Such will will take charge of the coaching and development.

ECB performance director David Parsons said: "Peter has also been in charge of the delivery of our Level 4 Spin module as well as coaching England Performance Programme and Lions spin bowlers including Danny Briggs, Scott Borthwick and Simon Kerrigan.

Hugh Morris, managing director of England cricket, added: "Peter's appointment is due recognition for the significant contribution he has made to our spin programmes and also re-emphasises the importance we place on developing a pool of talented spinners who can challenge for places in the England team in the future."