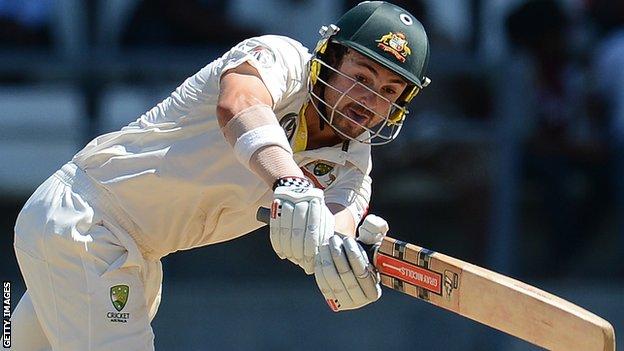 The 30-year-old left-hander is due to captain his country's 'A' team tour of England in July and August.

He has arrived in the country early and can fill the gap between Kane Williamson leaving and New Zealander Rob Nicol arriving at the end of the month.

He is expected to be available in all formats until Wednesday, 18 July.

"The opportunity arose a while ago but we didn't have the finances. But we've managed to put together a budget.

"It's a good fit for us and for Ed's preparation for the tour. It's a handy injection to a side that's a little bit depleted in the batting with the loss of Kane."

Cowan, whose first class batting average is 40.39, has played in seven Tests for Australia - his last appearance coming against the West Indies in April - but is not centrally contracted.