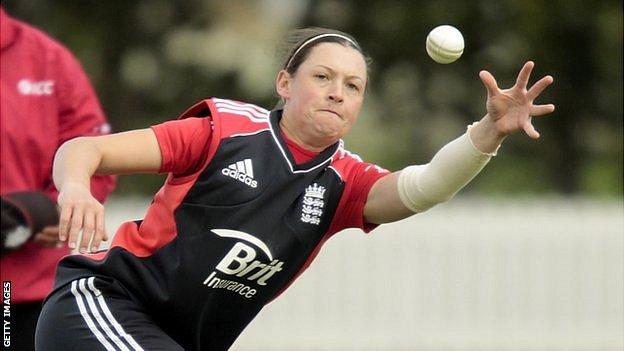 Arran Brindle gained plenty of belief from her half-century in England's first one-day international with India but says she must score more heavily.

Brindle, who plays for Louth in the Lincolnshire Premier League, hit 58 off 73 balls but the tourists chased down 229 to win by five wickets.

She told BBC Lincolnshire: "The crucial thing is getting 80s and 90s, not 50s. That is something to work on.

"I know I can play these bowlers pretty well now. Hopefully I can capitalise."

Monday's game at Lord's was the first of five one-day internationals following a two-match Twenty20 series.

The second and third games take place at Taunton on Wednesday and Thursday.

Brindle, 30, became the first woman to hit a century in a men's Premier League game when she scored 128 for Louth in May 2011.