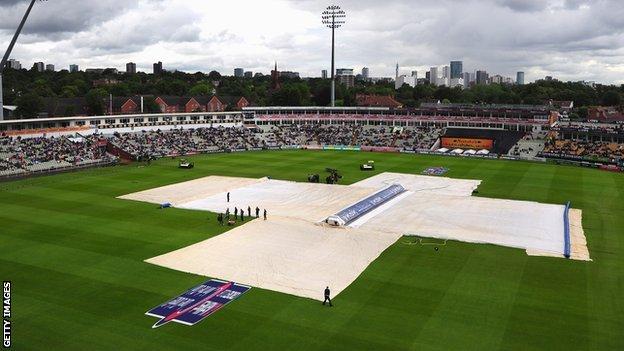 The third one-day international between England and Australia at Edgbaston has been abandoned without a ball bowled because of persistent rain.

England lead the five-match series 2-0 after wins at Lord's and The Oval.

The abandonment prevents England from obtaining the 5-0 series win which would have elevated them to number one in the world one-day rankings.

The hosts would have been without seamers Jade Dernbach and Stuart Meaker, who were both attending the funeral of Surrey team-mate Tom Maynard, although Dernbach also has a side strain.

He was ruled out of the rest of the ODI series on Monday.