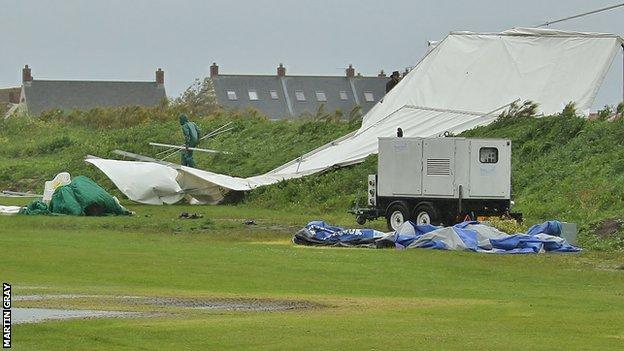 Mourant Ozannes retained their Guernsey Premier League Twenty 20 title without facing a ball after the final was cancelled due to bad weather.

The side were due to face JT Giants in Saturday's final at Port Soif.

Under the competition's rules if the final cannot be played the team that wins the group stage is the winner.

"It's a weird feeling for the lads at the moment as you'd obviously like to win playing a game," said Mourant skipper Lee Savident.

"But we did all the hard work in the group stage and managed to come top there and that's how we've managed to win the tournament again," he added to BBC Guernsey.

Tim Ravenscroft of Cenkos Centurions was named the most valuable player of the tournament after scoring 341 runs, while Pierre Moody ended the tournament as the leading bowler, after claiming 12 wickets for the champions.