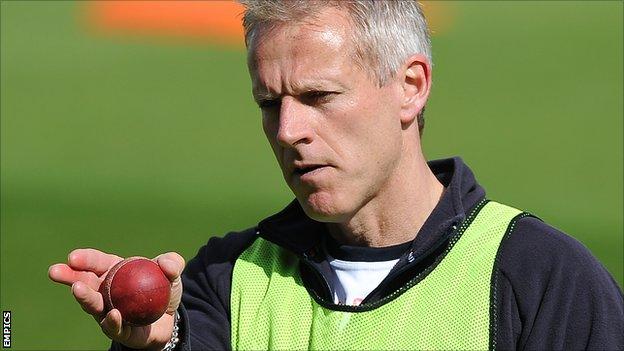 Coach Peter Moores has said he was happy with Lancashire's performances during the FL t20, despite going out of the competition at the group stage.

A coupled with the game between Essex and Hampshire being washed out, confirmed their exit.

"It sums it up for us," Moores told BBC Radio Lancashire. "The rain seems to have affected so much of the T20.

"It's affected us quite badly, losing two matches on Duckworth-Lewis and having a couple of rain-outs."

It is the first time since 2006 that Lancashire have failed to qualify for the quarter-finals, and their continues.

However, Moores said his team played well for the majority of the competition and were unfortunate to go out.

"I think we played some pretty good cricket," added the former England coach. "At Derby in the first game, when we that was a tough one.

"I thought we had a good chance of winning that game, and it was similar at Notts. Either of those would have got us through.

"We haven't played badly at all. Our poor performance was against Derbyshire at home, that was the only game where I don't think we played very well.