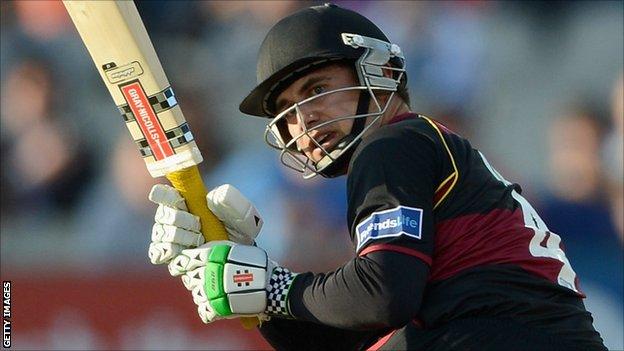 Durham all-rounder Johann Myburgh has been handed a contract until the end of the season, after impressing during the county's FL t20 campaign.

The South African, 31, averaged 21.37 runs from eight innings for the Dynamos, with a top tally of 46 in the win against Derbyshire on 20 June.

"Johann's going to stay with us until September," Cook told BBC Newcastle.

"Having seen him in T20 cricket, we now have an opportunity to see a bit more evidence of him in the longer form."

Cook's side failed to reach the T20 quarter-finals, despite finishing third in their group.

The two places available for the third best placed finishers went to Essex and Worcestershire from the south and midlands groups.

"It got to the Leicestershire game, the penultimate game of the season and we had to win our final two games, but unfortunately it was washed out," Cook said.

"That took us into the final game against Lancashire needing things to go our way in other parts of the country.

"Again the weather has conspired a little bit, although we didn't win the game, there was a little bit of a feeling of anti-climax.

"I think if it had been absolutely vital, we'd have got over the line."