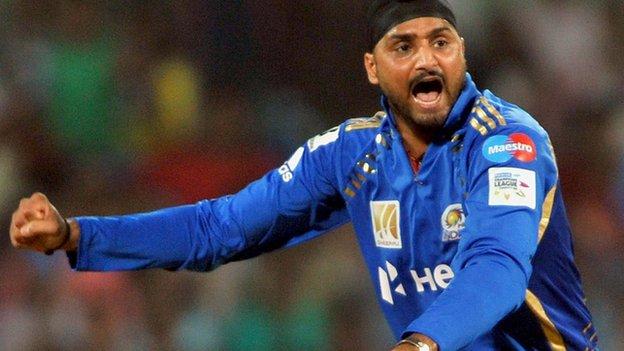 Spin bowler Harbhajan Singh plans to use his spell in county cricket with Essex as a springboard to regain his place in India's team.

The 31-year-old has taken 683 wickets in all forms of international cricket but has not played for his country since last summer's tour to England.

"Hopefully this will keep me in rhythm before I go and play for India again," he told BBC Radio Essex.

"This is an important time and I want to use this time in a good way."

Harbhajan has agreed a deal for the second half of the season and is set to make his Essex debut in the Championship game with Gloucestershire at Cheltenham, starting on Wednesday.

In all, the off-spinner should play eight Championship fixtures and the team's seven remaining CB40 matches.

"Essex were looking for an option who can win games for them and hopefully I can do that kind of a job for them," he said.

Harbhajan has previous experience of county cricket, having played for Surrey in 2004 and 2007, and said he was particularly looking forward to experiencing the four-day Championship format again.

"That's where you get tested. As a player, you want to be in the longer version and show your class and obviously this will give me an opportunity, as I said, to bowl a lot of overs before I get into the Indian squad for the Test side," he continued.

Essex are hoping that if the weather relents, he can reproduce that kind of form and revive their promotion hopes.

They currently lie seventh in the Division Two table, 53 points behind leaders Derbyshire but only 21 behind Kent and Yorkshire, who are second and third.

"I believe that his winning mentality will rub off on the rest of the playing squad," said head coach Paul Grayson.

"I know that all of our squad are very focused and determined to finish the season with a flourish."