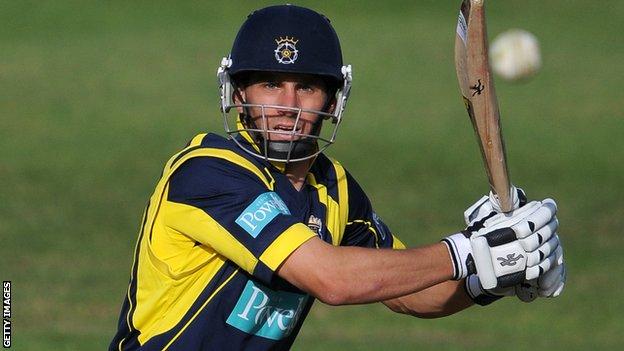 Gloucestershire have handed a two-year contract to Benny Howell after a trial period at the club.

The 23-year-old former Hampshire batsman was brought in on a short-term deal at the start of the season as cover for the injured Dan Housego.

But he has impressed during his stay, hitting two half-centuries in piling up 261 runs in five first-class matches.

"It is great to have secured Benny after a successful trial," said director of cricket John Bracewell.

He continued "Benny has demonstrated great adaptability in all formats which is a great asset to our small squad."

France-born Howells added: "It's a good offer and I'm very pleased to have earned it after being given this opportunity by Gloucestershire.

"I believe the club is going places and it is exciting to be among a group of such talented young players.

"John Bracewell has a set plan for the next two years and I am looking forward to being part of it."

Meanwhile, captain Alex Gidman has said his team are full of confidence going in to this year's Cheltenham cricket festival, which starts on Wednesday against Essex.

Gloucestershire have reached the FL t20 quarter-finals stage for the first time in five seasons, and currently sit third in the CB40 standings.

"We've done that and we deserve our place in the quarter-finals as we've won four games.

"Spirits are high and confidence is high. We're now really looking forward to the festival."