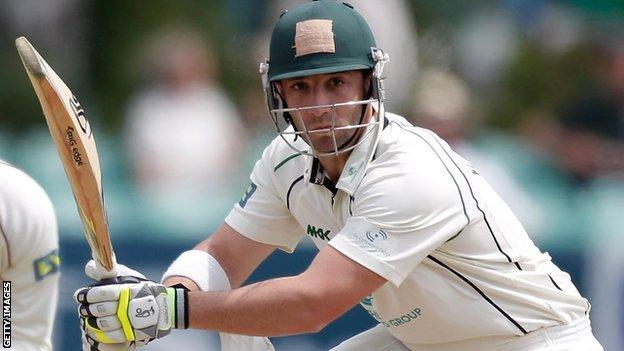 Phil Hughes continued his fine run of form to leave Worcestershire well placed on day two of their County Championship game against Durham.

Both sides are searching for their first Championship victory of the season with Hughes unbeaten on 52 going into the third day at Worcester.

No Durham batsman scored more than 38 and the team have now only passed 300 in their first innings in one of nine matches.

Hughes scored more runs in the FL t20 competition than any other batsman in the country as he hit 322 at an average of 80.50.

Once again, play was interrupted by rain at Worcester and 86 overs have now been lost inside two days, although Worcestershire will still be confident of claiming their first four-day win of the campaign.

Durham lost Michael Richardson in the second over of the day and were indebted to a ninth-wicket partnership of 42 between Callum Thorp (30) and Graham Onions (25 not out) to help them past the 200-mark.