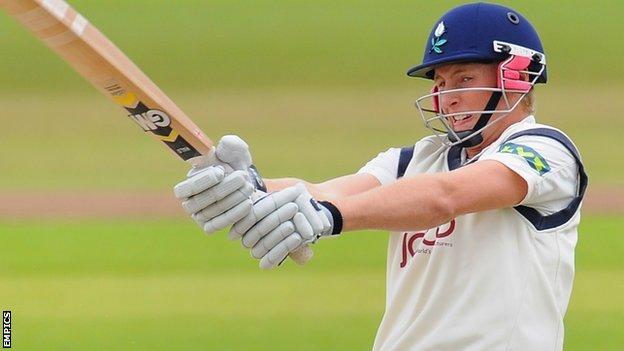 Joe Root put Yorkshire in control as he made a double century in their County Championship game against Hampshire.

Root scored a career best unbeaten 222 as Yorkshire declared on 350-9 to maintain an outside chance of victory.

Only 26 overs had been possible in the first two days and Root, who resumed on 46, hit three sixes and 26 fours.

James Tomlinson took four wickets for Hampshire, who reached 39-0 in their reply with Jimmy Adams on 20 not out and Neil McKenzie unbeaten on 14.

Yorkshire began the day on 83-3 but Root's innings - which saw him far suprpass his previous best, the 160 he made against Sussex in August 2011 - gave them the upper hand.

Hampshire still need to score a further 162 runs to avoid the follow-on with Yorkshire holding a 311-run advantage going into the final day.

However, Root put the visitors in control and he enjoyed a 121-run partnership with Steven Patterson (37) for the eighth-wicket, and Yorkshire then put on 58 for the final wicket.