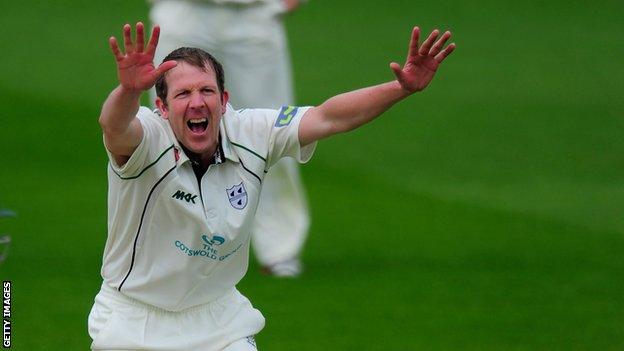 Worcestershire seamer Alan Richardson has signed a new two-year deal, keeping him at New Road until 2014.

The 37-year-old has taken 158 first-class wickets for Worcestershire since joining from Middlesex two years ago.

He has struck 30 times in this season's County Championship Division One at an average of 14.93.

"I'm delighted to have been offered the chance to continue my career at the club," Richardson said.

"I've thoroughly enjoyed my time here so far and look forward to playing in a side that continues to grow and improve."