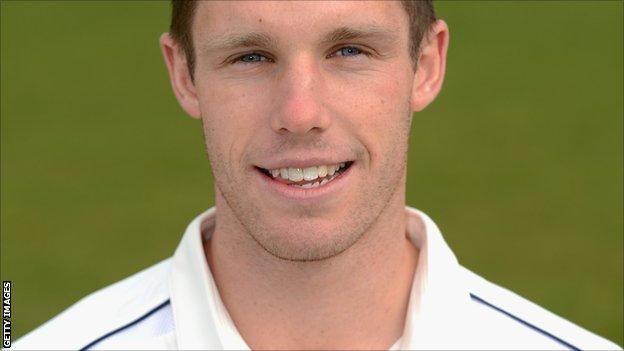 Warwickshire wicketkeeper Richard Johnson has joined Derbyshire on loan as cover for the injured Tom Poynton.

The 23-year-old could feature in Derbyshire's CB40 match against the Unicorns on Sunday.

Poynton has failed to recover from an abdominal injury which has already seen him miss the last two games.

"Chris Durham has come in and done a good job. However, we felt it would be wise to add more experience in this area," said head coach Karl Krikken.

Johnson made five appearances for the Bears in 2010, but played just once last season following the return to form of first choice Tim Ambrose.