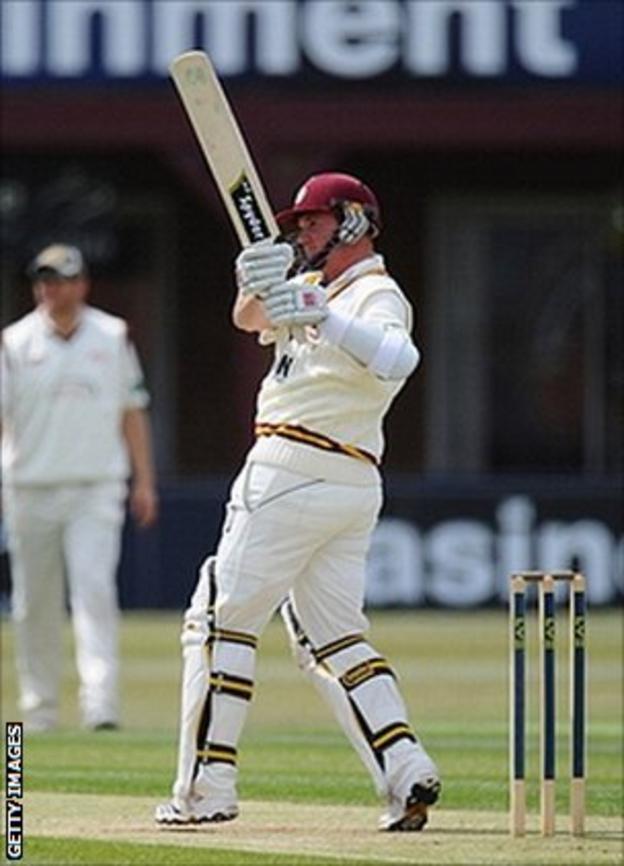 Centuries from David Sales and Rob Newton put Northants in control on the second day of their Division Two match with Glamorgan at Northampton.

With the rain preventing any action on day one, opener Stephen Peters was out for a duck as the hosts limped to 38-2.

Alex Wakely made 30 before Sales and Newton put on a partnership of 187 to help Northants end on 336-5.

Taunton-born Newton hit 14 fours and three sixes in his personal best innings and made only his third first-class century in just 104 deliveries.

His partnership with Sales beat Northants' previous best of 183 against their Welsh opponents, set by Sales and Rob White at Swansea in 2008.

"It was a day of toil for Glamorgan's bowlers on a slow Wantage Road pitch with Northants, who were put in, reaching a commanding 336 for 5 at the close.

"David Sales and Rob Newton scored centuries and shared a partnership of 187 for the fourth wicket and that was a record for that wicket for Northants against Glamorgan.

"Rain is forecast for Monday and with so much time lost to the weather the two captains could come to an agreement whereby Glamorgan could be involved in a run chase on the final day.

"That would be Glamorgan's only chance of winning and they would probably accept the challenge especially as they have yet to win a Championship game this season."