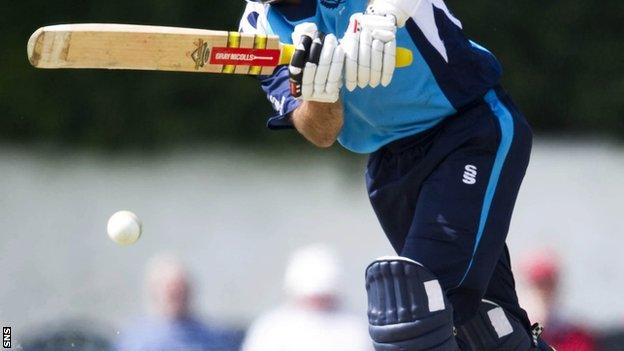 Somerset picked up their first CB40 win of the season with a 60-run success over Scotland at Taunton on Sunday.

England one-day wicketkeeper Craig Kieswetter hit eight fours and a six in his 56 as the hosts made 206 all out.

Scots pair Preston Mommsen and Richie Berrington added 41 for the fifth wicket and Ryan Flannigan provided some late resistance with 30 not out but the visitors never threatened.