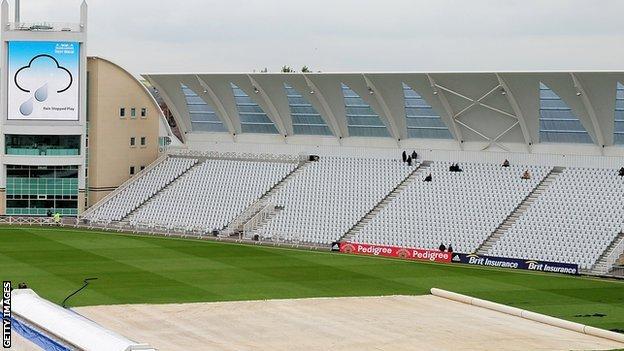 Nottinghamshire and Surrey suffered a day of frustration as no play was possible on day two at Trent Bridge.

Heavy rain on Wednesday evening was followed by more rain in the morning to leave a sodden outfield.

After numerous inspections by umpires Rob Bailey and Neil Bainton play was due to get under way at 16:30 BST, but the rain returned to Nottingham again.

Play was eventually called off for the day 15 minutes later and Notts will resume on Friday morning on 178-5.