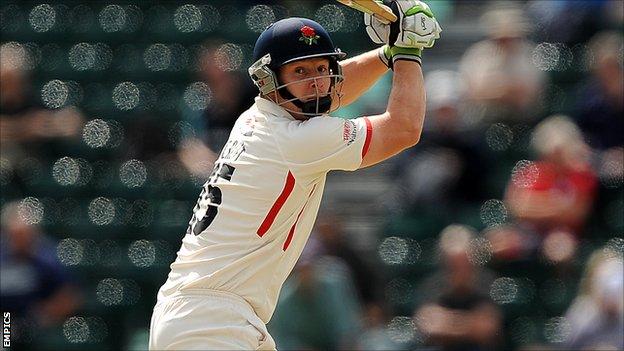 Steven Croft said receiving his first England call-up is one of the biggest honours he has received.

The Lancashire all-rounder, 27, was one of only two uncapped players named in the provisional party for the ICC World Twenty20 competition in September.

Crift told BBC Radio Lancashire: "It still seems like it's only half a job done. I've obviously got to wait until the squad gets trimmed down again.

"But to be noticed in that 30-man squad is something I'm proud of."

The final squad of 15 players must be submitted by 18 August, one month before the tournament starts.

England will head to Sri Lanka as the defending champions, having won the competition in the West Indies in 2010.

Kevin Pietersen's omission from the squad grabbed most of the headlines, but that did not take the shine off Croft's selection.

Croft celebrated his call-up by taking three wickets in the Championship match against Worcestershire.

He said: "I've done a lot of hard work this year and over the past few years -it's just nice to get noticed and I'm pleased to be in that squad of 30.

"I was a little bit surprised because it was the first squad I've been involved in, but I was quietly backing myself to get into the 30 and then see where it goes from there."

Only Phil Hughes of Worcestershire [322] scored more runs than Croft [313] in the group stages of the FL t20 in 2012, although Lancashire were unable to qualify for the last eight.