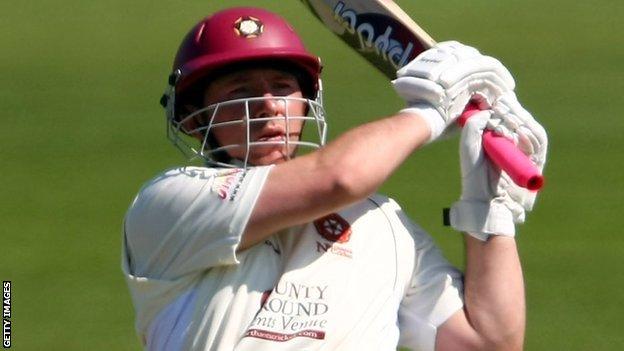 Northants batsman Rob White will not be offered a new contract and is to leave the club at the end of the season.

The 32-year-old made a name for himself in 2002 by scoring 277 in a single day against Gloucestershire.

He is the club's record scorer in T20 cricket but has struggled to hold down a regular first-team place this season.

"We feel it's in Rob's best interests to start to look for other opportunities now," acting head coach David Ripley told the club's website.

"It is very disappointing for all concerned to lose Rob, a local lad who came through the youth system here at Northants.

White's departure is the latest indication of a major revamp at Wantage Road as the club plan for life after David Capel.

A stylish exciting batsman on his day, White was a product of the county's youth set-up but found consistency elusive in four-day cricket.

"He has made match-winning contributions in all formats of the game during his time at the club," Ripley added.

In 1997, he was a member of the county side which was crowned national champions at both Under-17 and Under-19 levels.

White made his first-class debut in 2000 but moved into the initial academy set-up in 2001.