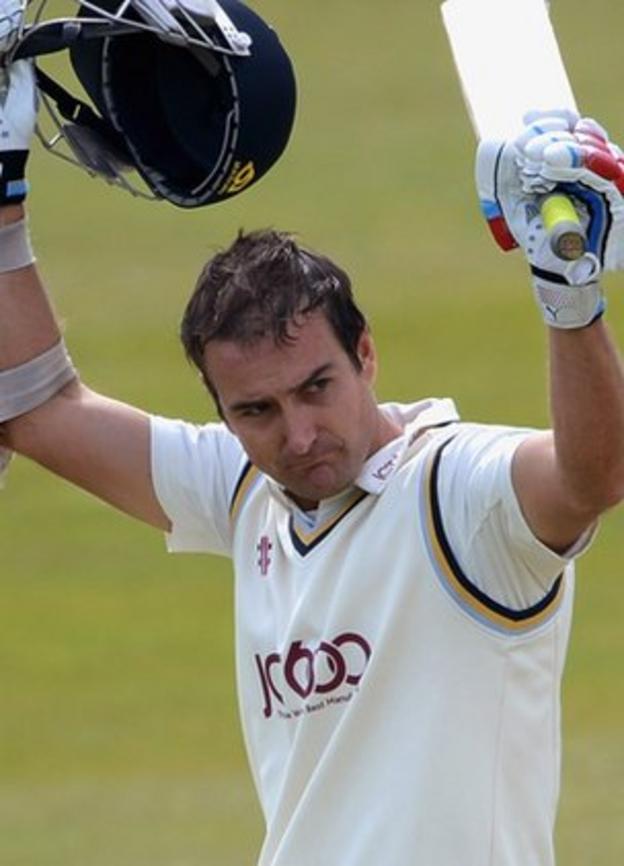 Yorkshire's stand-in skipper Phil Jaques has spoken of his frustration at the bad weather which is hampering the county's promotion chances.

Days two and three of their County Championship match against Derbyshire have been washed out.

"It's been a very frustrating summer. We're all sick of watching the rain fall," he told BBC Radio Leeds.

"It is what it is and we just have to prepare to play cricket and make the most of any play we can get."

Second-placed Yorkshire are unbeaten in County Championship matches this season, winning two and drawing seven of their nine matches so far.

With the match against league leaders Derbyshire now also set for a draw, the Headingley side could be overtaken by third-placed Kent, if they record a victory against Glamorgan.

But Australian batsman Jaques, who is skippering the side in the absence of the injured Andrew Gale, is trying to stay pragmatic about their situation.

"Everyone's in the same boat but I think we've had the worst of the weather. We're just trying to stay positive.

"There's a danger the weather could defy what we're trying to achieve but we can't worry about that, we'll worry about the cricket side of things and hope the Gods look after us."