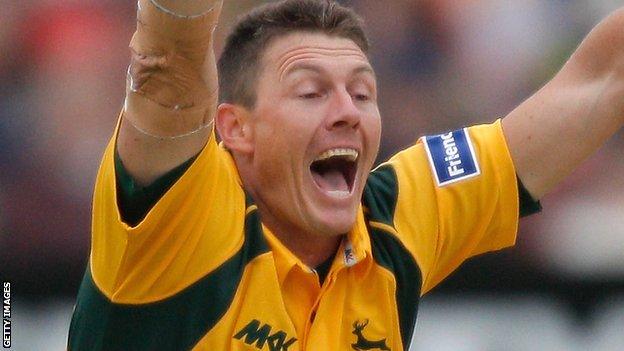 Nottinghamshire fast bowler Darren Pattinson could be playing his final season for the county.

The 32-year-old has agreed a deal to play for the Melbourne Renegades in Australia's domestic Twenty20.

He would appear as an Australian player and it would mean he would have to be an overseas player for Notts.

"Darren made me aware a couple of weeks ago that it was a possibility that it might happen," Newell added to BBC Radio Nottingham:

Pattinson, who made one appearance for England against South Africa in 2008, was born in Grimsby but raised in Australia.

But Newell has not ruled out Pattinson returning to the club in the future, albeit as an overseas player for Twenty20.

"Darren is probably now edging towards one-day cricket as his future," Newell added.

"But there would certainly be possibilities for him to come back and play Twenty20 cricket for us as an overseas player."