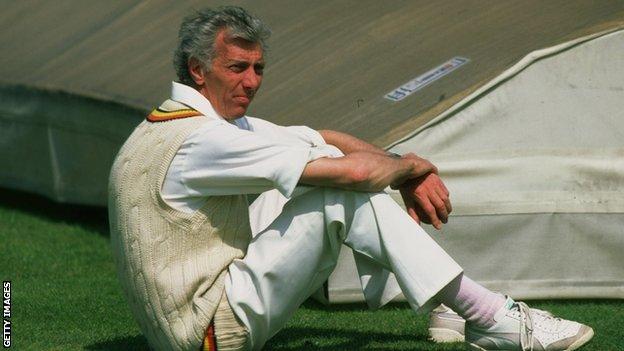 Former Yorkshire left-arm spinner Don Wilson, who won seven County Championship titles between 1959 and 1968, has died at the age of 74.

After retiring from the game, he was the Marylebone Cricket Club's head coach at Lord's until 1991.

He later coached at Ampleforth College, and England batsman Jonny Bairstow tweeted: "RIP Don Wilson! Many thanks for the things you did for me at Ampleforth! You shall never be forgotten! Yorkshire have lost a good man today!"

A Yorkshire statement read: "Sad news has reached the club this afternoon of the death of Don Wilson, aged 74. Don died in York Hospital at 1pm this afternoon.

"Everyone involved in Yorkshire cricket would like to send their best wishes and deepest sympathies to Don's family and friends. He will be sadly missed."

Although Wilson's six Test appearances were all overseas - five in India in 1964 and one in New Zealand seven years later - he also featured in two home matches for England against the Rest of the World in 1970, which were retrospectively stripped of Test status.