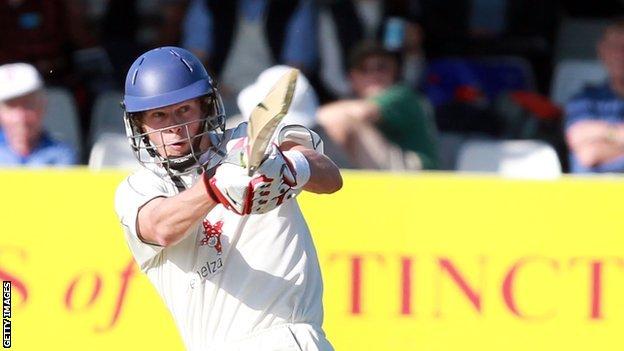 Kent captain Rob Key believes a period in the second team has made Sam Northeast into one of the most complete young batsmen in the country.

Kent dropped the former England Under-19 player earlier this season, when he was struggling for form.

In his last three first class innings Northeast, 22, has scored two half-centuries and a century.

"He's had to really fight his way back into first-class cricket and I think he's much better for it," said Key.

"He's got back into scoring runs after a tough period and now he looks, for me, one of the best young players in the country.

"He's more of a complete player now than a lot of these young guys around the country who may not have had it so tough with conditions and what have you, and I think he's going to go from strength to strength."

"I'm not surprised really, the way he's gone about things, that he's come back in and looked in really good touch. He really deserved that hundred and I'm really pleased for him," Key continued.

However Key does not believe that similar treatment would necessarily benefit Ben Harmison, who is struggling for runs since moving to Canterbury from Durham.

"Harmy has had a tough time of it but he just needs one score to get him going," said Key.

"There looks nothing wrong technically or anything like that, he just needs a little bit of luck and hopefully he'll get that in the next game."

Harmison's last four first-class scores have been 13, 12, 14 and 11, and some Kent supporters have made it clear they have not been impressed by the tall left-hander.

But Key called for patience.

"Ben isn't far away, he's working hard on everything and there is not much more you can do," he said.