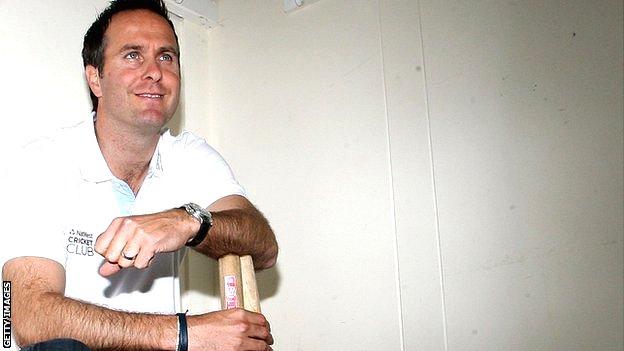 Graeme Smith's side wrapped up victory at The Oval by an innings and 12 runs to go 1-0 up in the three-match series.

"It's the best performance I've seen by an away team in a long time," Vaughan told BBC Radio 5 live. "Australia didn't play that well in 2005."

Vaughan also described the defeat as a "wake-up call" for England.

"You must sell your wicket dear when you are trying to save a Test. England need to be more switched on at Headingley because, ultimately, their success or failure will come down to the application of their batsmen."

He continued: "Second, third, fourth day, it's the worst performance by an England team at home I've seen in many years."

The tourists' Hashim Amla was man of the match with 311 not out, while skipper Graeme Smith and Jacques Kallis both hit centuries.

"You have to give South Africa credit," added Vaughan. "When they went out to bat on that second day it started to swing a bit but Smith and Amla just played brilliant.

"On day three, it just looked like they could pick them off at will. They nullified Graeme Swann.

"When Smith gets runs, South Africa go on to win series. And they've got Kallis in that form, and Amla, and we've not even got to AB de Villiers who is probably the most exciting out of the lot."