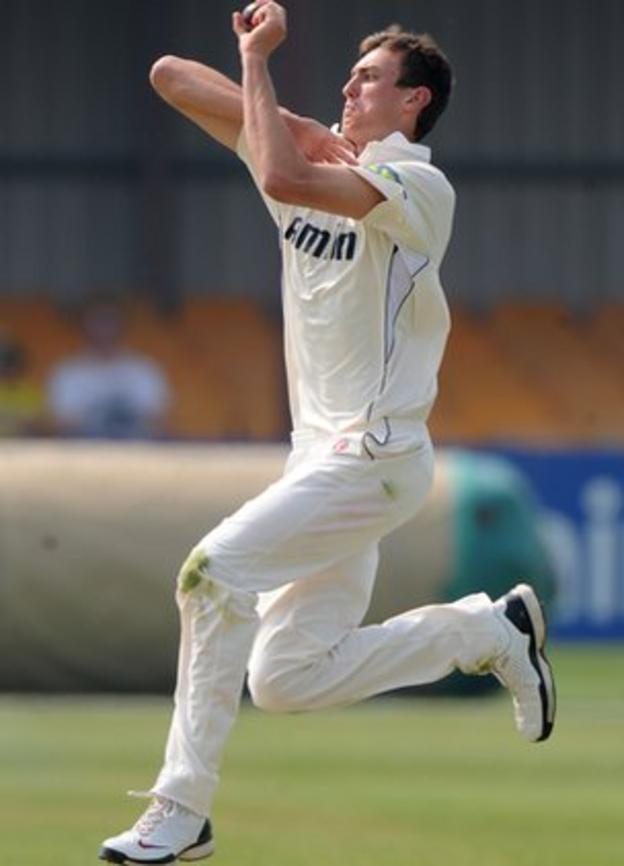 Topley has taken 17 FL t20 wickets this season at a cost of only 14 runs each, and had figures of 3-27 in Tuesday's quarter-final defeat by Somerset.

"He's a class act, he really is. If he keeps doing what he's doing he's going to have a very, very successful career.

"He takes the pressure very well and just executes his skills. What more do you need?"

Topley is also a member of the England Under-19 side and has already set his sights on graduating to the senior squad in due course.

"I'm on the ladder towards the England side, but I am fully aware I'm on the bottom rung of that ladder.

"It's just time and effort and hard work and whether I want it enough - and I think I do," the left-armer said earlier this year.

Topley has only played 10 first-class matches so far, but Foster believes he will eventually become a leading member of their attack in all forms of the game.

"He bowled exceptionally well in the four-day game [against Gloucestershire] at Cheltenham. We only bowled 100 overs in the game, but he was our lead bowler there - and he's been excellent in the Twenty20 setup."

Head coach Paul Grayson, meanwhile, has challenged Essex to raise their game in the final weeks of the season following their T20 exit.

They are currently seventh in Championship Division Two and bottom of their group in the CB40.

"It's tough that CB40 group and our one-day cricket hasn't gone to plan in that competition but we owe it to ourselves to put a really massive shift in for the next six weeks," he said.

"I believe that we can turn it around and finish the season on a real high."