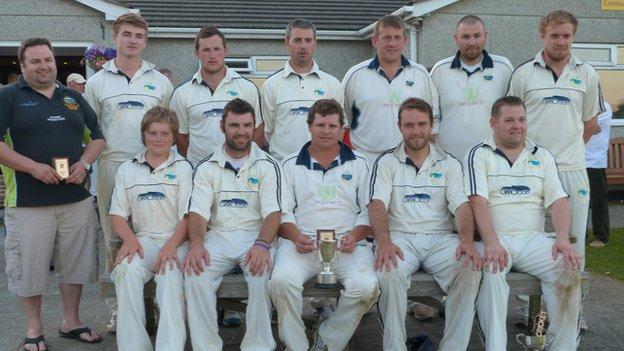 St Just's hopes of making it back to the televised stages of the ECB National Club T20 championships received a boost after they won the WT Edwards Cup on Wednesday.

The victory means that St Just have made the national stages of the championships once again.

They beat Gorran by six wickets, overcoming Gorran's total of 113-7 in the last over of the final.

Gareth May made 38 for St Just and was named man of the match.

St Just lost in the semi-finals of but May hopes they can do better this time.

"We just look to get to that stage every year and winning here has given us that chance again," he told BBC Radio Cornwall.

But he feels that his side will have to up their game if they are to make the final at Edgbaston.

"We've got to pick up our performances a bit, but we have been getting better week by week and hopefully we will continue to get better.

"We're better at Twenty20 than we are at the 50-over game, but we're getting back into that as well."