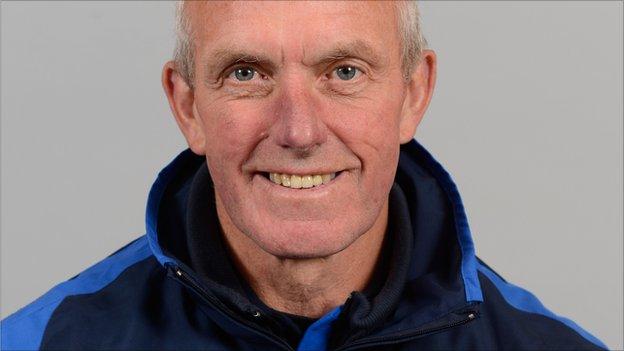 Durham coach Geoff Cook has said the battle against relegation must come before the analysis of the county's disappointing Championship performance.

Cook's outfit are 23 points adrift at the foot of Division One, three years after winning the Championship title.

"I suppose pressure becomes inevitable, but one doesn't consider oneself with that problem," Cook told BBC Newcastle.

"My next problem is for the team to get some runs and wickets, so that sort of analysis can wait until the summer."

The last year has seen Durham drop from genuine title contenders on the final day of the 2011 season, to a squad struggling to remain in the top tier.

In addition, Michael Di Venuto has retired,Paul Collingwood replaced Phil Mustard as captain, while a lack of runs from the batsmen has seen the county pick up just nine batting bonus points in their 10 games this term.

"It's been a season of change, a revolving door and unsettlement, and the optimism at the beginning of the year has had to be refocused," Cook continued.

"We have different challenges on our hands for the final six or seven weeks, different to the last few seasons where we have had positive challenges.

"We've now got to roll up our sleeves and recognise the positions we find ourselves in."