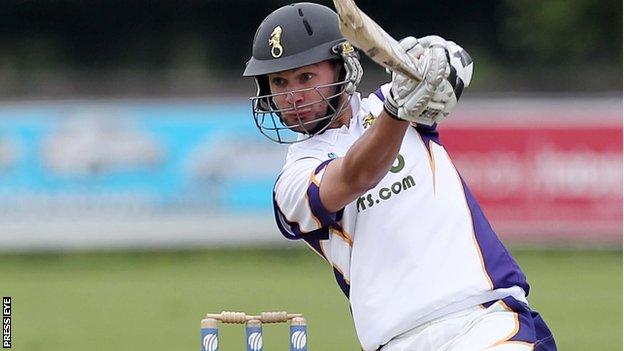 Instonians clinched a comfortable eight-wicket win over North Down in the Ulster Bank Challenge Cup final.

James Shannon was an automatic choice for man of the match after his 99 not out helped steer Instonians past North Down's 180 all out at Comber.

Earlier, Shannon had produced bowling figures of 2-32 from 10 overs.

Ireland international Andrew White was unbeaten on 57 at the close as Instonians finished on 184-2 to clinch the trophy for the third time.

North Down were all out at the start of their final over with Instonians reaching the victory target in the 37th over.

Instonians previously won the competition in 1964 and 2009.

Meanwhile, the Northern Bank North West Senior Cup final is in the balance after a competitive first day.

Brigade hit 248-6 in their first innings with Gareth McKeegan hitting 102.

Brigade have an 18-run lead with nine wickets and 45.6 overs remaining but Donemana have the difficult task of batting last on a deteriorating wicket.