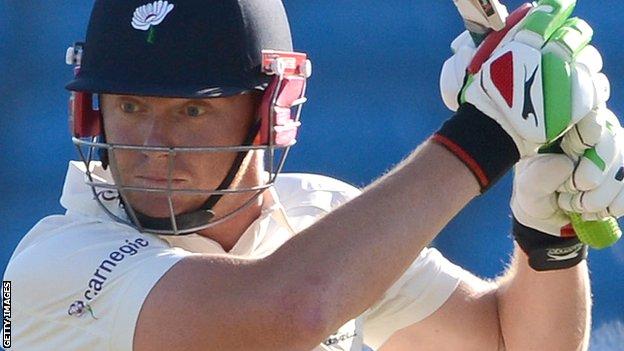 England Test discard Jonny Bairstow gave the selectors a reminder of his talents with a century for Yorkshire against Leicestershire.

The hosts earlier added two to their overnight total to be all out for 320.

Lyth's century was a stunning return to form for the 25-year-old, who had not made a century for two years and had a top score this season of 36 in his previous five Championship innings from which he totalled 86 runs.

For Bairstow, it was his third century of the season and his second against Leicestershire.