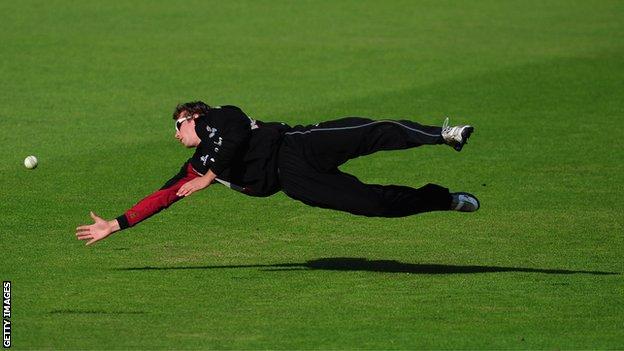 Alex Barrow was briefly knocked out after crashing into an advertising board in Somerset's three-wicket CB40 win over Glamorgan.

The 20-year-old was brought on as a substitute fielder after Craig Meschede damaged his finger.

Barrow dived to stop Stewart Walters' shot and play was stopped for around 15 minutes while he received attention.

He was taken to Musgrove Park hospital wearing a neck brace, but it was thought to be a precautionary measure.