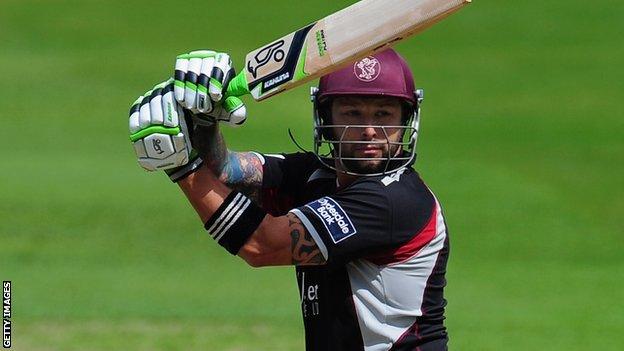 Chris Cooke's unbeaten 137 was not enough as the Welsh Dragons lost by three wickets to Somerset in the Clydesdale Bank 40.

Peter Trego's 81 off 43 balls secured victory for the home side, who won with 13 balls to spare at Taunton.

He dominated an opening stand of 92 with Marcus Trescothick (14) while Nick Compton scored 53.

Trego had earlier claimed three wickets while Steve Kirby picked up three for 43 as the visitors ended on 250 for 9.

Somerset's Alex Barrow was briefly knocked out after crashing into an advertising board during the game.

He was taken to Musgrove Park hospital wearing a neck brace, but it was thought to be a precautionary measure.

The defeat was the Dragons' third loss in this season's competition and they host Scotland in the Swalec Stadium on Sunday.