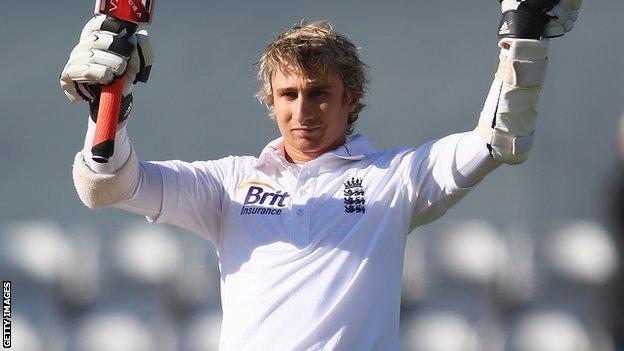 England have named batsman James Taylor in their squad for the second Test against South Africa, which begins at Headingley on Thursday.

Nottinghamshire's Taylor, 22, played in a one-day international against Ireland in 2011 but is uncapped at Test level.

He replaces Ravi Bopara, who is unavailable for personal reasons.

"I hoped I would be next in line but I never took anything for granted," said Taylor. "I have scored consistent runs in all forms to earn this chance."

A win for South Africa would clinch the three-Test series and lift them above England to the top of the International Cricket Council rankings.

Taylor, who moved to Trent Bridge from Leicestershire in the winter, has scored almost 500 runs at an average of 41 this season.

He captained the England Lions second-string side against West Indies in May, scoring a century, and is likely to make his Test debut at number six if England stick with their regular four-man attack.

"Playing at Headingley would be a very proud moment for me - but nothing has happened yet," he said.

"I'm just waiting for the opportunity to help England to get back into the series.

"Facing South Africa's bowling attack is always going to be a tough challenge but it's something that I would relish because getting an England Test call has always been my aim."

Since Paul Collingwood retired after the 2010-11 Ashes, six England batsmen have batted at number six in the Test side:

Paceman Steven Finn, who was left out of the final XI for the first Test, which England lost by an innings, retains his place in the squad for Headingley, as does fellow seamer Graham Onions, who was ruled out by injury at The Kia Oval.

It means Finn and Onions must again battle with Tim Bresnan for the third seamer's place.

National selector Geoff Miller said: "We were outplayed last week but it is important that this squad regroups and focuses on preparing for the second Test.

"This is a talented squad with plenty of international experience and they will be determined to improve on the performance during the first Test.

"We have played a lot of good cricket over the last few years and it's important we remember that, learn from the mistakes that we made and retain the belief that we can level this series at Headingley."

Meanwhile, South Africa drew their two-day warm-up game against Worcestershire which finished on Saturday, although opener Alviro Petersen - who made a duck at The Oval - failed to make an impression with the bat again, scoring 10 and 11.